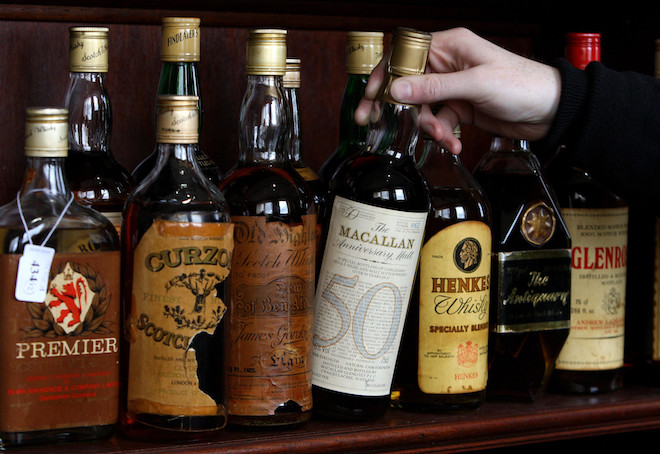 Whisky specialist Andrew Bell with A 50-year-old Macallan valued at between 10,000 and 14,000 which is amongst 700 lots at the McTear’s Rare and Collectable Whisky auction, part of the the world’s largest whisky auction being held today. (Photo by Andrew Milligan/PA Images via Getty Images)

Beginning as a small charted index of alternate asset classes in the consultancy’s annual Wealth Report, Knight Frank’s Luxury Investment Index (KFLII) has since grown, tracking the performance of a wider variety of collectable asset classes usually associated with the ultra-wealthy – such as art, classic cars, timepieces and rare whiskies. Working with existing third-party indices, Knight Frank’s luxury asset classes are weighted to reflect its relative value and growth potential as an investment grade collectible.

Rare whiskey surged straight to the top of Knight Frank’s Luxury Investment Index when it was first introduced in the 2018 Q2 Wealth Report reflecting the demand of Ultra High Net Worth collectors, especially those HWNI hailing from China and the wider Asia-Pacific region. In fact, rare whiskey has grown to such a degree that it merited its own Knight Frank Rare Whisky 100 Index.

North America, where the largest proportion of world’s wealthiest population reside, registered a 6% increase in UHNWIs in the last year, while Europe saw its position lag at 4%, underscoring the shift in investment grade collectibles 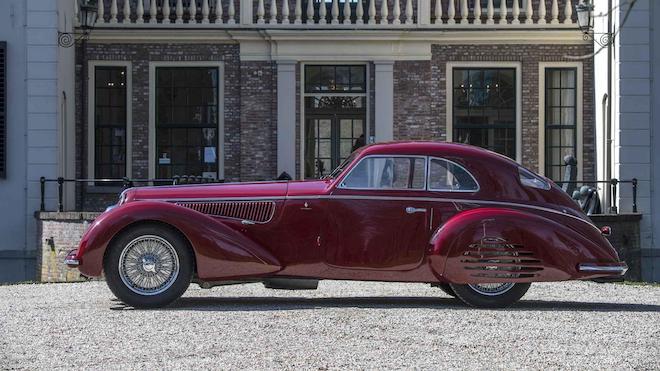 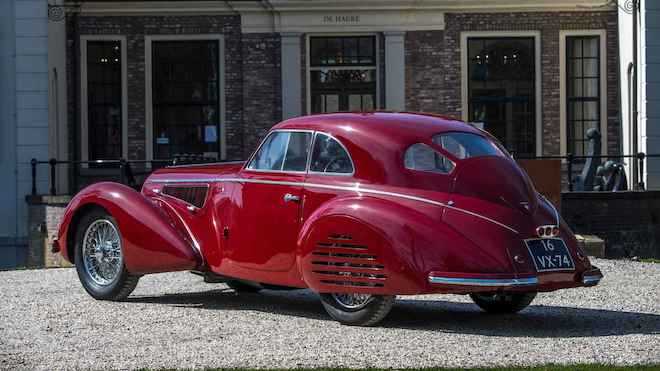 When LUXUO first started covering the Knight Frank Wealth Report in 2018, classic cars were the leader in investment grade collectible assets. Dietrich Hatlapa, founder of Historic Automobile Group International (HAGI), an independent investment research house and think-tank with specialised expertise in the rare classic motorcars explained that, “following strong outperformance between 2012 and 2016, this year saw the HAGI Top index fall by 6.69% – although the long-term average remains above 12%. The environmental debate and potential legal changes led to uncertainty among buyers, although collectors with an asset allocation towards the sector continued to acquire high quality examples. Stand-out sales included Niki Lauda’s 1975 World Championship Ferrari 312T, which sold at Pebble Beach in August, the McLaren F1 sold at Monterey and the 1939 Alfa Romeo 8C 2900B sold at Artcurial, Paris. What was also notable, though, was the large number of cars that remained unsold.”

While Hatlapa did not go into details on why so many classic cars remained unsold, it’s not difficult to surmise given that the largest collectors of classic cars hail from Germany, Netherlands, United Kingdom, Belgium and France, the relative weakness in those economies have prompted a more cautious approach to classic car collecting. 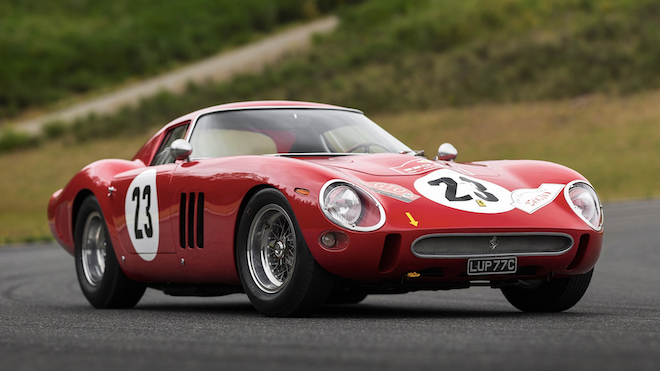 Yet, despite a darkening economic outlook (even before the coronavirus outbreak), wealth creation remained constant in 2019 with global UHNWI population rising by 6.4% adding an extra 31,000 additional people to the US$30 million club (bringing the total to more than 513,200), the Hurun Report also found that the creme de la creme added 346 new billionaires to the UHNWI population as well, largely driven by China.

Indeed, Asia’s population of ultra-high-net-worth individuals (UHNWIs) – those with a net worth of over US$30 million or more – expanded at a rate that outpaced other world regions last year. In 2019, Asia topped a league table of the world’s fastest growth of UHNWIs, dominating 7 out of the top ten places with an estimated increase of 11,800 UHNWIs – up 13% – bringing the total population in the region to 103,000 individuals. Almost 12,000 new UHNWIs were created in Asia last year; a 44% growth rate for the region is projected for the period between 2019 and 2024. 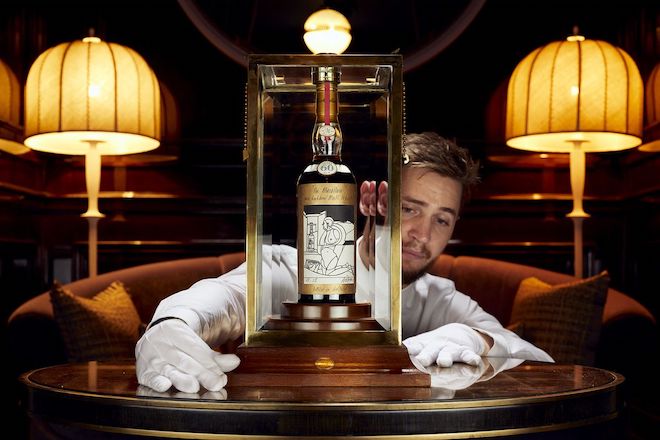 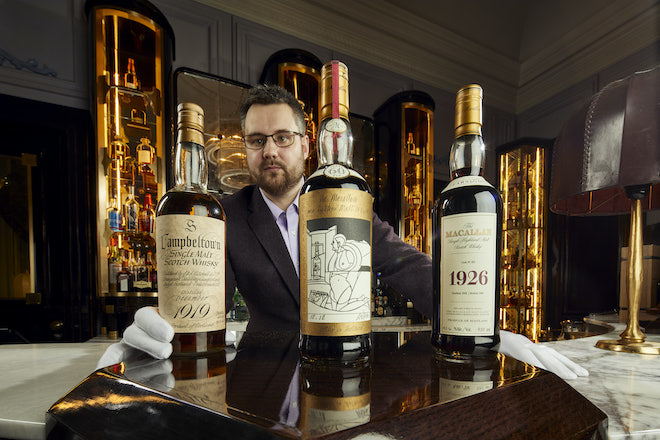 North America, where the largest proportion of world’s wealthiest population reside, registered a 6% increase in UHNWIs in the last year, while Europe saw its position lag at 4%, underscoring the shift in investment grade collectibles – According to Barrons, Baijiu 白酒, China’s ubiquitous clear spirit, is by far the largest spirits category in the world and looking at IWSR Drinks Market analysis, 1.2 billion nine-litre cases of baijiu were consumed in China in 2018—three times more than global vodka consumption, the next largest category; and this consumption is rapidly shifting to whiskey, prompting the stratospheric rise of rare whiskies as an investment grade collectible.

Andy Simpson, co-founder of Rare Whisky 101 an index tracking the values of one thousand of the most sought after bottles of Single malt Scotch, contributed to the Knight Frank Luxury Investment Index commented that, “significant over-supply and a softening in values for the market leader, The Macallan, made for a challenging start to the year, reflected in a half-year fall of 2.67% in our Knight Frank Index. As supply eased, the second half of 2019 fared much better, and the Index finished the year up 5%. Significant trends included the emergence of challenger brands in the secondary market, and growing interest in sherried Scotch. Collectors continued to seek out the oldest, rarest examples from iconic distilleries such as Dalmore, Springbank, Ardbeg, Lagavulin, Bowmore and Brora, and casks remained in huge demand. But, just as in 2018, the headlines belong to The Macallan, with a bottle of the distillery’s 1926 Fine & Rare fetching £1.2 million at Sotheby’s in October.” 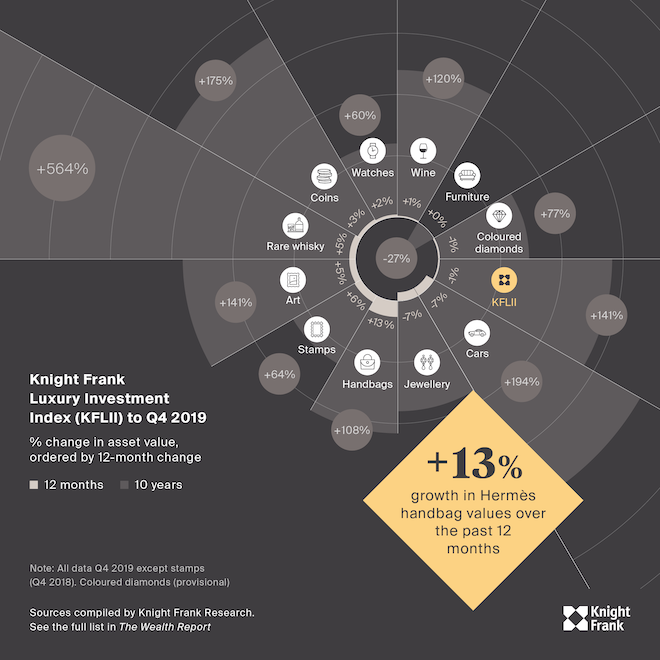 I think the art world is a very interesting one, they are all completely unique pieces. It’s not a market that is regulated which is I think is interesting. It is also incredibly mobile, so I think that brings a completely unique dimension without a doubt. – Lord Andrew Hay speaking with LUXUO

Remember Salvator Mundi? The painting of Christ, initially thought to be a work of an apprentice of Leonard da Vinci and not the master himself, was sold for a record $450 million when in fact, just 60 years ago, it was purchased at auction for a mere $60, representing incredible “investment value” in terms of capital gains. Furthermore, with crashing stock market indices across the world due to coronavirus fears, art with no correlation to the stock market, means paintings can go up in value even when the market crashes, making it a good diversification for an investment portfolio. 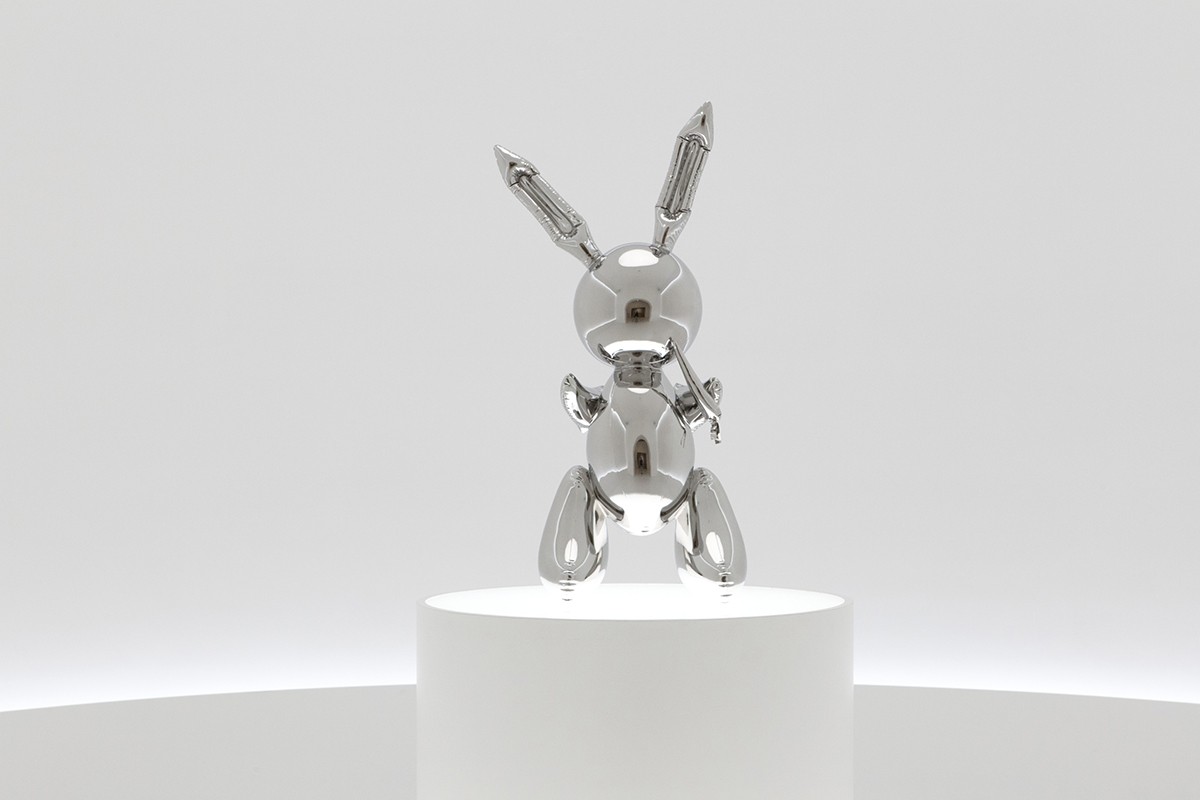 Veronika Lukasova-Duthy of Art Market Research also cast light on the growth potential of art, one of the best exemplars of alternative investment grade assets (albeit one with questionable transparency and ill-regulated), saying, “2019 was the fourth consecutive year that overall individual artist records fell, while record sums were paid for works by living artists – such as Jeff Koons’ stainless steel Rabbit, which sold for US$91 million in May. With a rise of around 5% this year, the art market continues to adapt to a slowing supply of works by Impressionists and Modern masters. Other winners in contemporary sales were urban artists Invader, who broke the US$1 million mark at auction for the first time with the tile mosaic TK_119, and Banksy, whose painting Devolved Parliament sold for around five times the artist’s previous record in 2008. ”

Stella Lee, a UOB Investment Writer also reported for LUXUO that while the vast majority of high end bags fail to qualify as investment assets because it depends on emotional appeal rather than rational, disciplined approaches. Birkins however, are an exception. According to the Knight Frank Wealth Report 2020, Christie’s set the world auction record in 2017 for the most expensive handbag when it sold a Himalaya Birkin with white gold and diamond hardware. Under the hammer in Hong Kong, it achieved the equivalent of US$386,000. Since then, the secondary market for handbags has continued to grow, with pieces fetching dizzy- ing sums on a regular basis. Indeed, such is the demand that Christie’s now host seven live and online auctions each year, in Asia, the US and the UK. “The history of Hermès and the craftsmanship of the maison are intrinsic to the pieces, which greatly affects demand for, and therefore the value of, its handbags,” explains Rachel Koffsky, Head of Sales for Christie’s Handbag department in London. “Other brands have come and gone, but in the century since these first handbags were introduced, the materials and tech- niques used by Hermès have remained extremely consistent – which is why so many have survived. The Birkin, for example, is made by hand in an atelier and can take up to 40 hours using a double-needle saddle stitch that cannot be replicated by a machine. It is the pinnacle of what a handbag can be,” she adds.