The House Boat on Gallipoli 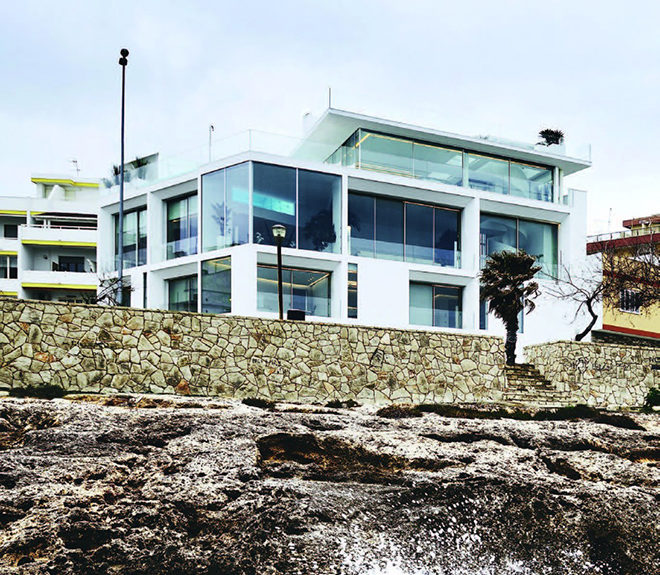 An industrial-modernist house along the southern coast of Italy, Gallipoli, the House Boat, a name that will become self-evident as you read on, perfectly adapts to its locality, imbibing the glorious solar motions by the Ionian Sea and overseeing the quaint island-town. Only accessible by sea or via the 16th-century bridge, Gallipoli prides itself on its century-old edifices and pristine bluish-green waters. The brains behind the House Boat, Palomba Serafini Associati (ps+a), deliberately played up to the rhythm of the sea and the slow-paced cadence of the town by building the L-shaped house that stands as a beacon of Bauhaus-inspired residential architecture.

The house is organised on three above-ground levels plus a terrace, with the semi-basement set aside for cars, technical equipment and rooms of the servants. The ground floor contains the entertainment room, a spa with an indoor swimming pool and wellness island. At the first level, the bedrooms with ensuite bathrooms are made spacious while the main room is bound by a full-height corner window as a panoramic viewing gallery of the sea. One level above, a greenhouse with large plants at strategic points connects to a cutting-edge kitchen island that conceals, behind cabinets, a custom-made super-hood for frying. 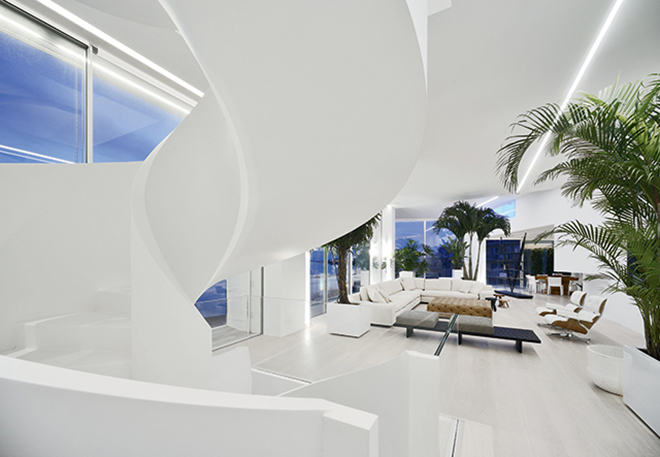 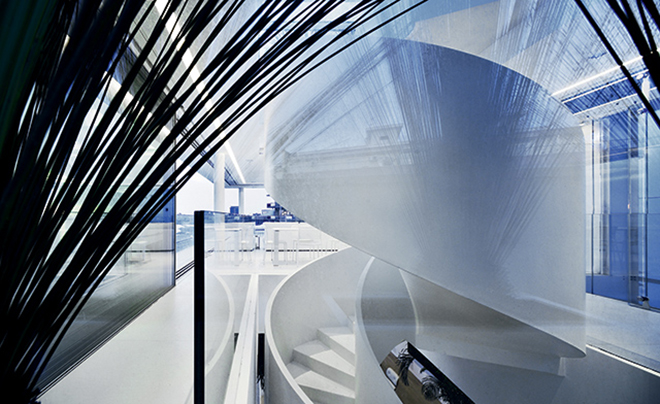 From the outset, the House Boat is an inviting geometric marvel that embodies Walter Gropius’s (founder Bauhaus School who inspired the Bauhaus Movement) vision of combining architecture, sculpture and painting into a single creative expression. Built in a clean-cut cubic form, the House Boat makes use of seemingly basic materials—glass, brick and concrete—inside out but the architectural ideation is nothing but unsophisticated. The showpiece of the house is the one-piece sculptural white spiral staircase, which was helicoptered from the workshop to the site, that runs through all levels. Considering the fact that the floor slabs are at different heights, it is a challenge to calculate each portion precisely. But like the spinal cord of the human body, its elegant simplicity naturally facilitates spatial freedom throughout the basement to the terrace, liberating itself from extraneous partitions or adornments. 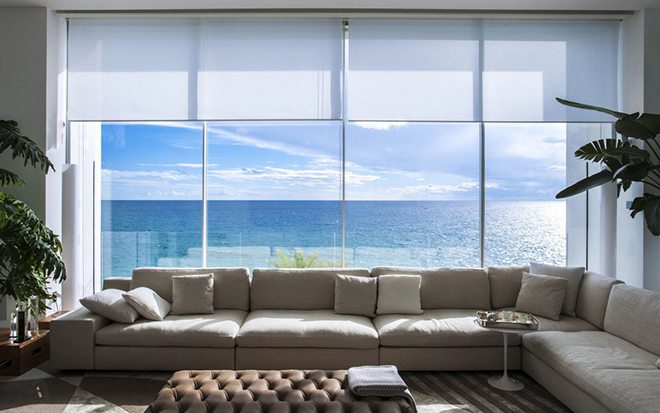 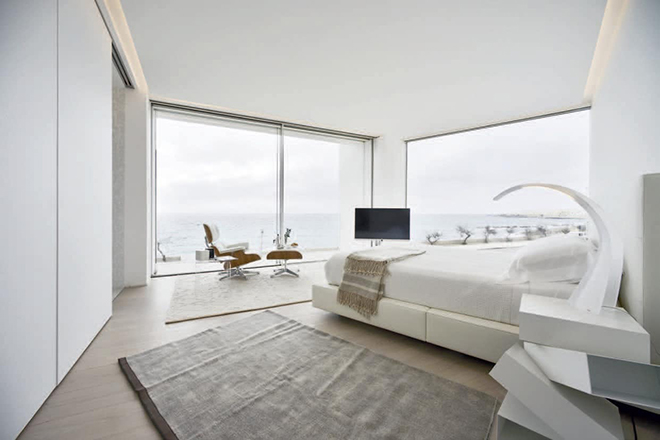 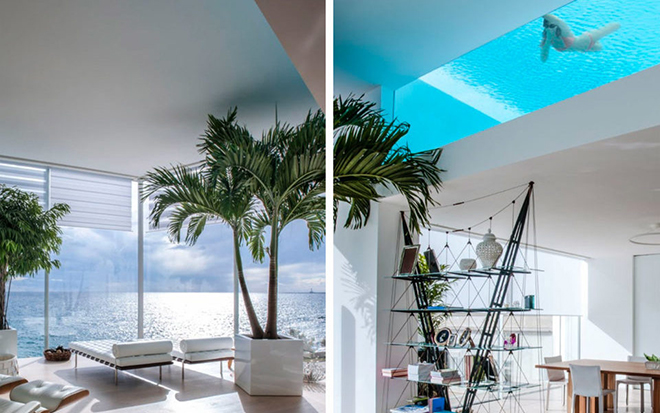 Harnessing the favours of nature—the generous sunlight and tidal winds—, the architects designed the House Boat such that it optimises the reception of natural light and endemic air currents. That said, seasonal changes may undermine the calmness of the house. During the winter winter, natural light and warmth is the ultimate comforter; in summer, the scorching sun beats down mercilessly on its subjects. But in true Bauhaus-fashion, the immaculate slabs of full-height windows are capable of opaque glazing to filter out excessive light and heat to preserve the inner serenity. Also, the House Boat is installed with an automated fluid air circulation system to capitalise on natural airflow, without reliance on air conditioning.

Inside, the House Boat is also well-attuned to the minimalistic, not-showy-but-classy, style of the construction. The white walls are matched with a neutral-brown walnut floor pattern and the furnishing completes the domestic atmosphere by adding a few essential custom pieces of contemporary or historic design. Replete with large greeneries, the second level features a see-through pool which further illuminates the interior with a bluish tint. Steadfast to the modernist design philosophy, the interior, like the exterior, amplifies nature’s offerings and enhances functionality without additional aesthetic fluff—just the pure, simple but elegant vogue. 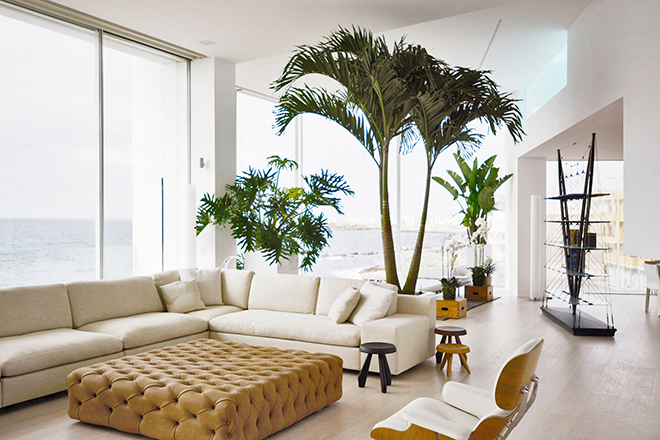 According to the famed American architect, Louis Sullivan, one central tenet of Bauhaus architecture is “form ever follows function”. Throughout its tedious three-year construction period, it emphasised on a zero-km basis, reducing waste and striving for visual immediacy, both in design and architecture. Facing the Ionian Sea, blessed with strong tidal air currents and a scenic horizon, the House Boat was conscientiously engineered to capitalise on these lavish natural endowments to regulate the temperature and humidity of the diaphanous sanctum. The House Boat, subtle but advanced, incorporates modern technology seamlessly into its no-frills design language in a sophisticated attempt to exemplify what a beach villa should mean. 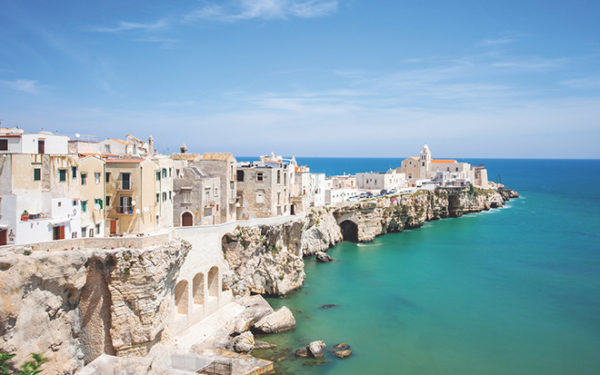 In this town that predates modernity, but stirs no less interest amongst the contemporary, stands the House Boat which reinvigorates the old winding streets of Gallipoli and requalifies the Bauhaus style.